"Google is establishing a stronger international presence with the purchase of land for data centers in Hong Kong, Taiwan, Singapore, and Ireland..." SearchEngineWatch, 3rd October, 2011.

The same news release mentions that Google chooses Ireland to capitalize on its cool weather to minimize energy costs. My guess on Google opening data centres in Hong Kong and Singapore is the ease of doing business in those countries. Singapore already ranks as the world's number one in terms business friendliness for five consecutive years. Hong Kong comes in at second place. Both countries have almost similar business cultures but on the socio-political end, Singapore is managed on a socialist model while Hong Kong, a mixture-model of socialist and capitalist. 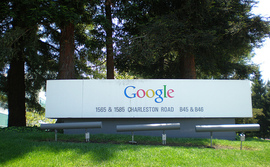 Looking on the other side of the coin, albeit the business-friendly environment, both Singapore and Hong Kong are not cost-friendly countries. Hong Kong's cost of office space rental is 9.5 times higher than Kuala Lumpur's, while Singapore costs 4.6 times more (Source: Jones Lang LaSalle). No doubt that the talent pool is also much more higher than what it would cost to employ people of the same caliber in Kuala Lumpur. In short it takes more millions to operate in Hong Kong and Singapore compared to setting up shop in Malaysia.

People in the data centre industry in Malaysia know that Google had, several years back, considered setting up a major operations in Kuala Lumpur. However, in my opinion, MCMC's operations had spooked the people at Google. For now Google maintains a small data centre and sales & marketing presence in Malaysia.
By resident.wangsamaju at 10/05/2011 02:09:00 PM

Email ThisBlogThis!Share to TwitterShare to FacebookShare to Pinterest
Labels: Economy, From the Press, Resident.WangsaMaju