http://www.statistics.gov.my/portal/index.php?option=com_content&view=article&id=1699&Itemid=153&lang=en
ECONOMIC GROWTH
The Malaysia's economy strengthened further to 5.4 per cent against 4.9 per cent in the preceding quarter led by continued expansion in the Services and Manufacturing sectors. The robust growth in Gross Fixed Capital Formation (GFCF) has driven the demand side. 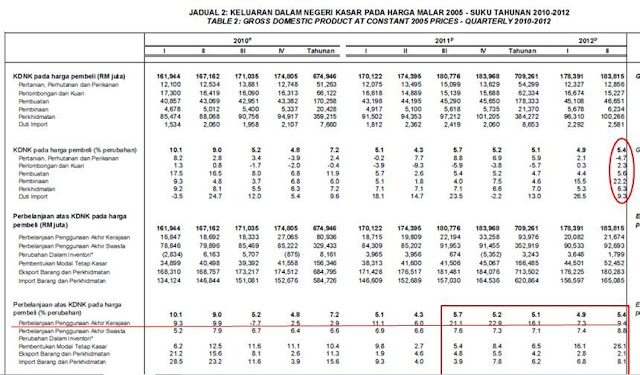 The statistic seems to point to services as the catalyst, rather than oil rigs.
Notice also that the Perbelanjaan Penggunaan Akhir Kerajaan growth vs Perbelanjaan Penggunaan AKhir Swasta growth. For 2010, the government’s growth in spending was 2.9% vs private at 6.6% but starting from 2011, the government spending growth exceeded the private sector and morphed onto double digits! Look at Q3 and Q4 2012 at 21.1% and 22.95% respectively.
The increase in Najib administration’s expenditure is getting at very significant pace. When BN administration spend our tax payers' money, the usual stuff like Auditor General's horror stories, contracts awarded without open tender comes to mind.

With regards to services sector, the Jabatan Statistik has this to say:
SERVICES
The Services sector rose to 6.3 per cent supported by Wholesale & Retail Trade and Finance & Insurance. The growth of 5.9 per cent in Wholesale & Retail Trade was led by the Retail segment. In addition, the growth in Motor Vehicles segment accelerated to 8.4 per cent during the quarter (Q1 2012: 0.2 per cent) propelled by the higher sales of motor vehicles.
Finance & Insurance expanded to 6.6 per cent boosted by the higher fee income on banking activities and increase in premium income on insurance activity. Meanwhile, Business Services picked up to 8.8 per cent underpinned by professional services related to engineering activities.

The growth in motor vehicles sales is due to lack of viable public transport, the need to preserve Proton and hence the Malaysian public is burden with overpriced cars that build on hire purchase loans  and interest repayment.
http://www.malaysia-chronicle.com/index.php?option=com_k2&view=item&id=37567:malaysia-where-the-price-of-a-car-is-equivalent-to-the-price-of-a-home&Itemid=2 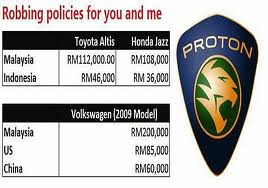 The banking activities, however, have to be interpreted with the explanation on Construction further below:
CONSTRUCTION
The Construction sector expanded remarkably at 22.2 per cent from 15.5 per cent in the previous quarter. The growth was spearheaded by the robust performance in the Civil Engineering and Residential.
The vibrant performance of Civil Engineering at 39.8 per cent was spurred by major infrastructure projects mainly in Sabah, Melaka, Pulau Pinang and Perak. During the quarter, Residential continued the strong momentum at 20.1 per cent driven by the high-end residential projects in Klang Valley. 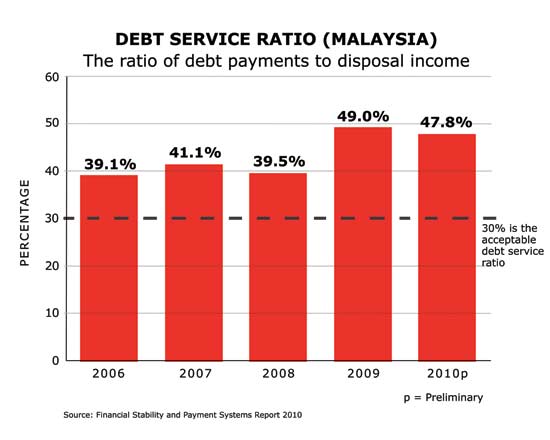 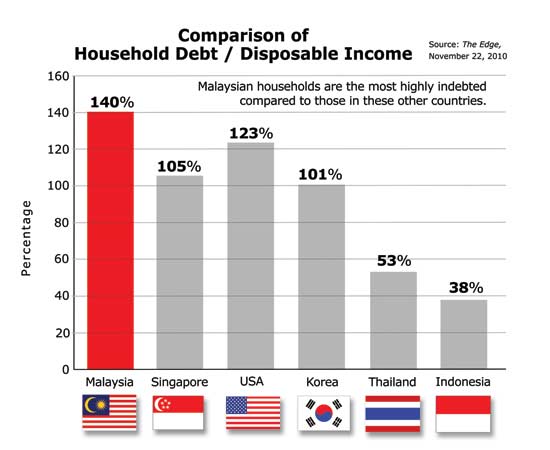 That is why bankers are having a great day and it shows in their contribution to growth in GDP
1)      High net interest income – low fixed and saving deposits interest pay to responsible citizens who saves their earning s (if possible)  vs high lending rates on housing loans, credit cards and commercial loans
2)      Huge government projects given out sans open tender requiring more bank borrowings
3)      Lack of viable public transport forces Malaysians to purchase their own cars and motorcycle making  consumer loans growth inevitable 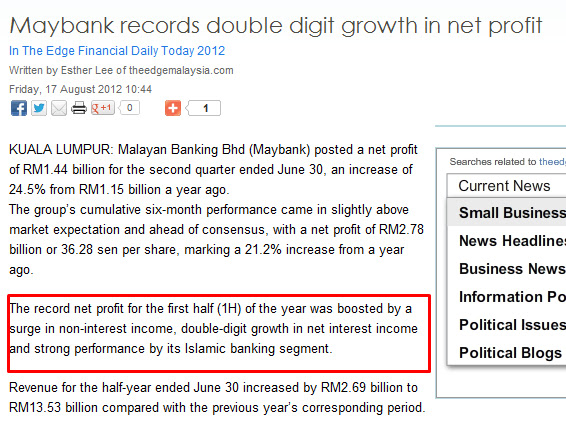 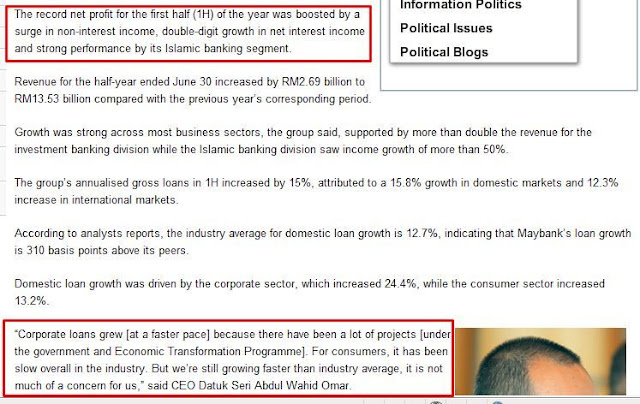 While some people might point to the increase of GDP and use it as bragging tool and even to justify for more uncontrolled spending (e.g. RM500 vote buying round 2?), it is worth knowing that our debts obligations are increasing at a much faster rate than the GDP.