Love The Way You Lie - Parody

Illegally yours, mine or whose?

Email ThisBlogThis!Share to TwitterShare to FacebookShare to Pinterest
Labels: corruption, Economy, Lee Wee Tak, livelihood of yours and mine, Najib

BR1M; cutting our own flesh to feed ourselves

BN administration latest flagship gadget to retain power, which is estimated to cost tax payers RM2.6 billion for 2.5 million applicants, will do the country more harm than good for the country. 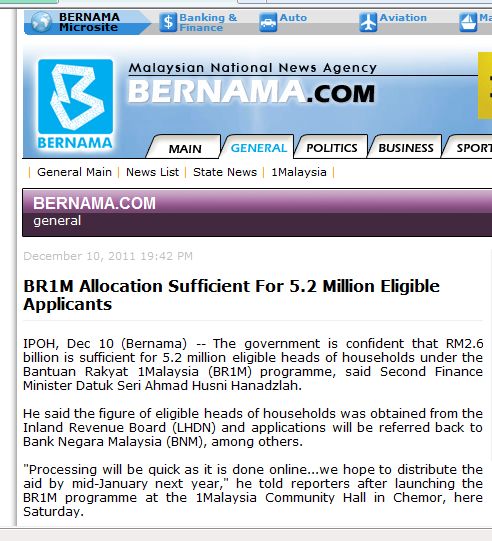 An imaginary address to malapportionment

The famous retiree, Mr. Ng Chak Ngoon has certainly attracted national attention with his malapportionment  bombshell in the PSC hearing for electoral reform in Sabah. With BN only needing around 15% of the votes to secure a simple majority in parliament, no wonder Najib expressed his  confidence in the just concluded UMNO AGM that UMNO will win the general election yet again.

Say no to removing ballot number

I read with great dismay one of proposed reform put forward by the Public Select Committee on electoral reform, which is the removal of serial number on ballot paper.


The reason for this is for protecting secrecy of the voters' choice. But this proposal will give room to abuse and greater confusion!