I am not sure what Najib means by saying the Budget 2012 ‘..will boost transformation efforts...” (http://www.bernama.com.my/bernama/v5/newsgeneral.php?id=621058) but it appears that smoke bombs in the 2012 Budget are hiding certain new sections in  the Income Tax Act which encroaches human rights and spooks investors if they find out about it. 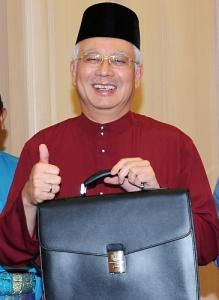 S107D and S67(4A) of the Income Tax Act (ITA)
The current S107C states that companies, on an annual basis, must compute and submit a tax assessment of its tax payable to the DG. For the layman, a company tax assessment is a calculation of tax under current tax laws, the amount of tax which is payable by that company to the Inland Revenue Board. An assessment is a detailed estimation of tax and not a rough calculation of the company’s tax position.

S107C (2) goes on to state that companies’ current year tax assessments must not be lower than their previous year tax assessment. This means that the lowest tax estimation a company can go is the amount which that company had estimated in the immediate previous year. This section is already unfair to the spirit of entrepreneurship- it means that if your business is not doing well; even if your taxable profits drop in the current year, you must pay the same amount of (higher) tax as in the previous year where you were doing relatively better in terms of business.

Budget 2012 introduces a new section, S107D, which addresses the circumstances where the IRB suspects the taxpayer is paying less tax than it should be. These sections are shockers concerning human rights:

The bold words above provides dictatorial powers to the IRB. This new section will provide power to the IRB to ask the taxpayer to pay up any amount which the IRB asks; and such an amount does not have to be supported by any calculation since an assessment is no longer needed. That means the IRB, if it wants to, has the power to pluck any amount from thin air and request the taxpayer to pay that amount. This puts the IRB in dictatorial position.

A new S67 (4A) in the same Act mirrors the S107D above. However the S67 (4A) applies to representative(s) of the taxpayer(s) whereby S107D impacts directly on the taxpayer.

S80(18) of the ITA
The existing S80 (1) already empowers the IRB full and free access to all buildings and documents.
The new S80(1B) now provides the IRB absolute powers to access your computer systems and explicitly states that it is ok for the them to acquire all your user passwords. The IRB will have unlimited access to trade, commercial secrets of companies and intimate business discussions in emails.

The IRB are not investigating murder cases, only conducting tax audits and their DG's powers are vast enough.

The S107D, S67(4A) and S80(1B) are repressive developments in tax law. From the political viewpoint it looks like the BN administration is reshaping the IRB into a political tool just like the MCMC. From the corporate viewpoint, companies will be on high alert when it comes to encroachment of trade secrets. They will be pretty worried as there is no reasonable clause to check the amount of tax which the IRB can impose.
By resident.wangsamaju at 10/23/2011 04:16:00 AM