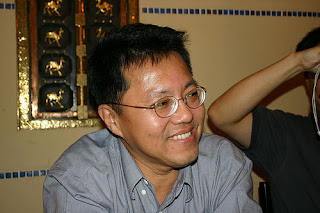 This article appeared in The Sun today. At the posting of this blog, several sites picked up the story as well. Thanks to a friend who alerted me.

Jeff clarified via a sms that he had been misquoted by The Sun and somehow The Sun had reported the story without speaking to Jeff. Wee Choo Keong is also surprised and shocked- he has no bone to pick with Jeff. I look up to both MPs- Jeff for his pioneering work in the socio-political blogosphere and Wee, for his fearless brazen attitude in the Parliament.

Now what's happening. It's ambiguous press reports like these that create havoc. What's the intention?


Wee told a press conference that Ooi's statement had caused his name to be mentioned as one of the potential MPs to switch camp and he would like to categorically deny the accusation as he has no intention of joining any of the BN component parties or pro-BN parties.


He said DAP leaders play the "politics of tagging" whenever its leaders were faced with problems and they start a smear campaign to accuse others as being "BN agents, disgruntled politicians, jumping ships and etc" instead of addressing the real problems that have been highlighted.


"This is similar to the McCarthyism practised in America in the 1960s where most political problems faced by the power-that-be were said to be acts of sabotage by Communists.


"This style of low politics can carry on in the DAP, but must be stopped within the Pakatan Rakyat (PR) if we are serious in wanting to see a change of government in the 13th general election," he said.


Wee said Ooi has made a wrong political judgement if he thinks his "politics of McCarthyism" or "politics of tagging" will be able to divert public attention from the present controversies..


"It was most unexpected that Jeff Ooi saw it fit to drag me into the controversies by making irresponsible and unfounded allegations against me.


"I believe that due to the nature of his job and being a novice in politics, he had to do what he did.


"I do not like to sue politicians and newspapers but I am left with no alternative if Jeff Ooi does not retract what he had told theSun within 48 hours. I am sorry, Jeff Ooi, as I have to do what I have to do - just like you," he added.


theSun's Press Digest today reported that Oriental Daily had quoted Jeff Ooi as alleging that four PR MPs would cross over to BN in the next 20 days.


The vernacular newspaper had also speculated that other than Wee, Kelana Jaya MP Loh Gwo Burne might be crossing over the BN.


Ooi had said disgruntled PKR politicians were sabotaging the PR from within to kill two birds with one stone -- to test the leadership capability of Penang PKR Deputy Chief Minister Dr Mansor Othman and to create internal conflict in the state PR. 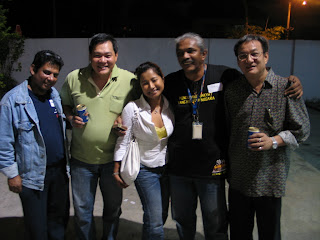 
On Jan 29, Zahrain had criticised Lim as "dictator, chauvinist and communist-minded" and that PR should stop compromising with Lim as the latter had failed to deliver his general election promises.


On Wednesday, Tan also called for Lim to be removed as chief minister, saying the latter was a disgrace to the state and its people.


Wee today agreed with Tan that PKR deputy president Dr Syed Husin Ali, strategic director and Batu MP Tian Chua, as well as vice-president and Subang MP R. Sivarasa, who were Parti Rakyat Malaysia (PRM) leaders, should receive showcause letters and be probed under the disciplinary committee because of the status of the PRM.


He said these ex-PRM leaders did not appeal the High Court decision in July last year which ruled that PRM is still a valid party even after merging with PKR.